The Women in Sport Movement in Africa has over the last two decades been growing albeit in a disjointed fashion. Pockets of vibrant action in various countries and at specific moments have sparked and spurred on the momentum towards the vision of collective action for the advancement of women in sport in Africa. Landmark platforms that have sought to define priorities and build cohesion include the World Conference on Women in Sport held in Namibia in 1990, the Southern Africa Women in Sport Conference in Zambia in 2010 and in Botswana in 2013, and the recently held Africa Women in Sport Leadership Forum in Tanzania, 2014.

The Africa Women in Sport Association (AWISA) that resulted from the IWG Namibian conference in 1998 has over the years been dormant and disconnected from the main sport governance infrastructure at both continental and international level. This has left a gap in the coalition building process that women in sport in Africa need to happen to reinforce efforts addressing gender politics and practices in sport.

Further, the Africa Union re-alignment process has resulted in the absorption of the Supreme Council of Sport in Africa into the main AU frame and a re-orientation of the geographic groupings. The lack of a functional women in sport structure means limited to no engagement with the continental stakeholders and the AU decision making structures and processes.

The Africa Meeting at IWG 2014 Conference, provided a space and opportunity to strategically connect African women in sport to take action towards remodelling their women in sport structure, dialogue on leadership and contextual governance issues. The meeting was coordinated by the then IWG Co-opted Expert Ms. Matilda Mwaba from Zambia and   Co-chaired by  the Permanent Secretary of the Ministry of Sport in Zambia, Madam Agnes Musunga and  Chairperson of IWG 2014- 2018, Mrs Ruth Maphorisa of Botswana.

The meeting resolved the following:

Botswana therefore volunteered to host November meeting so that all the pending issues could be addressed and a formal structure be developed to address women and sport issues in Africa, however the meeting was postponed due to a congested calendar, in particular the main event of the year, the Zimbabwe 2014 Under 20 Youth Games. 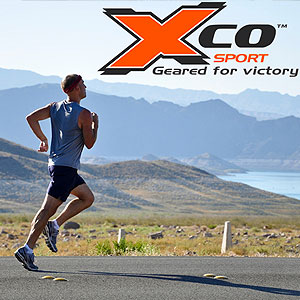