The Region declared the month of March as Women’s month to give weight to the United National International Women’s Day which was globally observed on 8 March 2021.  The celebration of women and their contribution to sport and national development is part of Region 5 strategic priorities.  It is one of Region 5 aspirations to develop capacities of women and increase their participation in sport including occupation of leadership positions.

After hosting a successful webinar to mark International Women’s Day on 8 March 2021, the Region organised a two part web series to unpack key issues affecting women in sport.  The webinar on Monday 15 March 2021 was the first of this two part series.   In welcoming dignitaries to the webinar, Region 5 Council of Ministers Vice Chairperson Minister Ulemu Msungama described the participants to the panel discussion as accomplished women leaders and proponents of social transformation who have broken barriers, walls and ceiling in the process of attaining success.  He described these seven powerful women as having shattered all forms of restrictions and limitations and that they had proven beyond reasonable doubt that women deserve respect and recognition.

This webinar was meant to celebrate the gallantry of the women and girls who have remained resolute and tenacious in keeping their families, business and nations functional in the wake of a deadly pandemic that has wreaked havoc globally for over one year.  The webinar is also meant to celebrate the women and girls in sport who have borne the most brutal brunt of the pandemic as they were affected socially, economically and emotionally by the halting of all sporting activities worldwide and notably in the region.

Speaking during the panel discussion, Mrs Mariama Cisse Mohamed, the AU Commission Director Health, Humanitarian Affairs and Social development expressed gratitude to Region 5 for being a vibrant Region.  “Sport is an important part of culture that has potential to improve the social and cultural lives of the African people, particularly women by bringing together different communities and countries to build strong cultural identities and shared values” Mohamed observed. She added, “In an effort to achieve this goal, the African Union Commission developed a generic sports policy framework and programmes that speak to amongst other things Gender equality and empowerment that should be implemented by all Sports Development Regions, Member States and other sport development partners”.

Dr. Stergomena Lawrence Tax, the SADC Executive Secretary in her presentation said, “SADC has been committed to promoting gender equality and women empowerment, since its establishment. Article 5 (1) (k) of the SADC Treaty that was adopted in 1992 recognises mainstreaming of gender as one of SADC’s objectives, and an integral process of community building”. Dr Tax elaborated further that the SADC Gender targets were; empowerment of women, to eliminate discrimination and to achieve gender equality and equity through the development and implementation of gender-responsive legislation, policies, programmes and projects.

The Region 5 Council of Ministers Chairperson and Minister of Gender, Youth, Sport and Culture, Honourable Likeleli Tampane presented on how women should improve advocacy for formulation, review and implementation of policies that safeguard them from the impact of COVID-19 pandemic and natural disasters.

Angola Minister Anna Paula da Sacremento Neto talked about the need for prioritisation of resources towards women sports programmes and activities.  She emphasised the need for governments and sports leaders to diversify resources in order to adequately support women as they continue to be marginalised in allocation of resources and in particular funding.

Zimbabwe’s Minister of Youth, Arts, Sport and Recreation Dr Kirsty Coventry presented on a topic close to her heart.  She outlines the plight of female athletes including what government is doing and should do in furtherance of women and girls in sport.  “Women in sport have never wanted to topple their male counterparts but instead have wanted fairness in any but not limited to the following areas: Impartiality in incentive and remuneration structures; fair reporting and media coverage; equity in presentation of opportunities; recognition and celebration of exploits and successes and quality in the distribution of resources” Dr Coventry noted.

Deputy Minister of Sport, Youth and National Service in Namibia, Honourable Emma Kantema-Gaomas addressed the need to have an appropriate legislative framework to deal with perpetrators of rights violations against women and girls and sport.  She gave a case of Namibia in the area of legislative and policy formulation.  She challenged others to strengthen legislation and policies for the safety and wellbeing of women, girls and children.

In addressing the role of women in promoting positive messaging towards vaccination and attainment of herd immunity, Dr Namboze the WHO Representative in Botswana gave a strong message to the women.  While noting the impact of COVID-19 the world over, Dr Namboze pointed out that as women care for the infected and sick they ultimately become the most affected as they end up carrying all economic responsibilities of their families thereby exposing themselves to the disease, stress and depression associated with bereavement or emotional demands of fending for the families. She noted that women continue to play a leading role both in society and in the frontline during the COVID-19 pandemic.  As such, women can greatly contribute in shaping mind-set and spreading correct messages on the use of and attitude towards vaccines.

In marking the month of March as women’s month, the Region aims to channel focus of people’s attention on the significant role of women in sport and society.  It also helps the Region reflect on the adequacy and impact of its programmes and activities meant to build capacity and provide opportunities for women to excel.  Currently, Region 5 offers a Women Leadership Programme meant to groom and mentor women leaders.  In addition the Female Leaders of Tomorrow (FLOT) programme jointly offered in collaboration with The Association For International Sports for All (TAFISA) adds to the basket of offerings of the Region.  In addition, Region 5 has introduced the Woman4Women programme, under the tagline, “One4More” in which one woman is expected to recruit four women to participate in any sport and recreation activity of their choice.

The Region 5 “Game Changer” continues with the second and final episode of the two part series scheduled for Monday 22 March 2021.  Focus of this episode will be on reviewing implementation of policies geared to empower women with the view to bringing out practical solutions that can impact change for a better future for women and girls in sport and society. 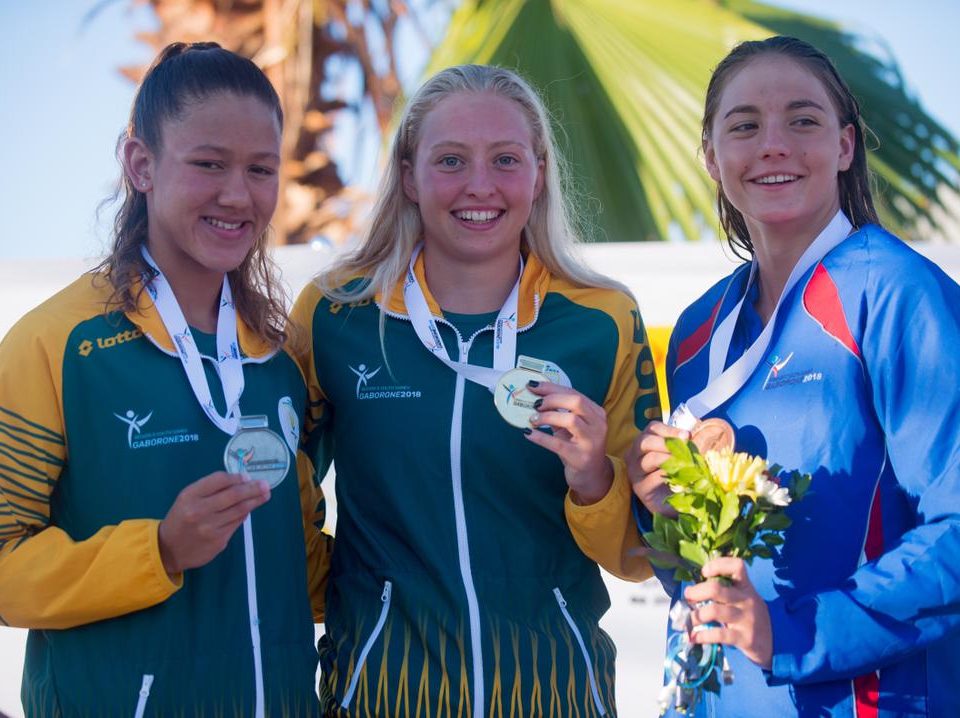 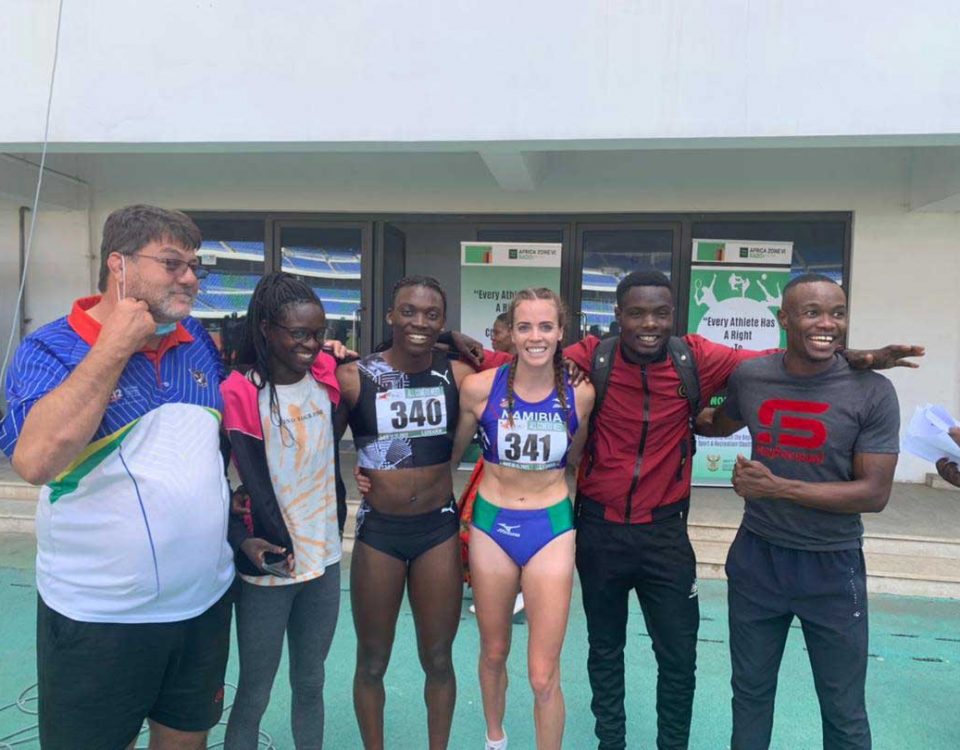 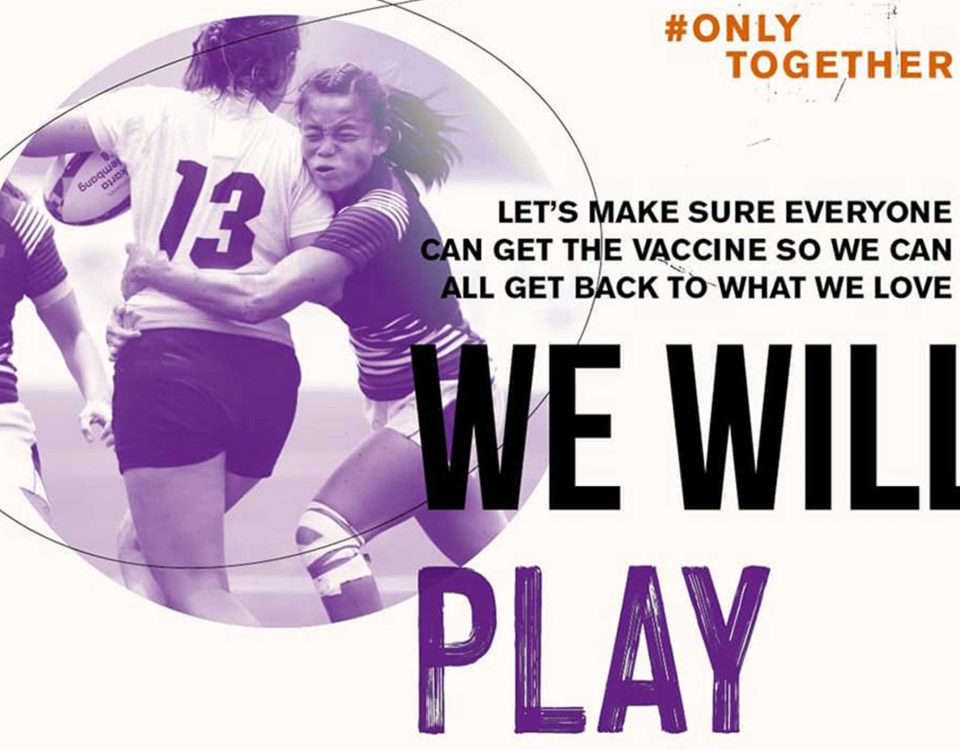