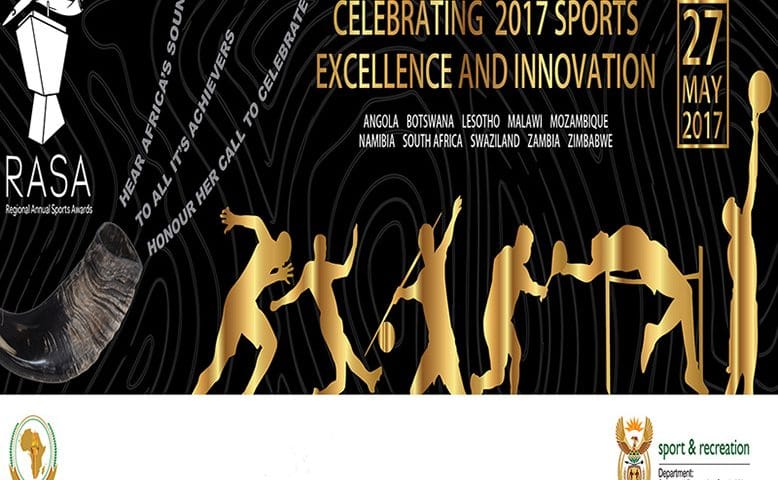 Confirming his department’s participation in this year’s hosting of RASA, South Africa’s Sports and Recreation Minister, Mr. Thulas Nxesi, says, “The hosting of the RASA 2017 by my department, resonates strongly in our commitment to the AU’s agenda of driving sustainable development of sport in Africa.”

RASA, which is now in its 2nd edition, is a constitutional mandate for AUSC Region 5 to recognise and deliver to the Region’s vision of being Africa’s leading sport region through innovation and excellence. RASA also fits strategically with the May celebration of Africa month in the continent, as it is a tangible affirmation of giving depth to the AU’s programme of serving African aspirations to carve a proper place for our continent in the world.  The awards therefore are a befitting celebration of Pan-Africanism and a memorable occasion to celebrate our African heritage.

Unpacking the theme of this year, AUSC CEO, Mr. Stanley Mutoya states that: “The theme for RASA 2017 “Celebrating Excellence! Inspiring Innovation” affirms AUSC Region 5 mandate of identifying, profiling and promoting the region’s representatives who through their excellence on and off the sports fields, represent the continent with excellence, dominance and sheer sports leadership.”

On Tuesday 23rd of May 2017, RASA Nominees for ten of the twelve categories will be announced; providing media with detailed profiles of the top 3 Nominees who produced outstanding performances in sport at regional and international level in 2016.  The other two categories of Confederation of the year and Country of the year will be announced on the night of the awards.

All eyes are rom the Region are on who will make it into the final three nominees especially in the prestigious awards of the evening, namely Sportswoman of the year and Sportsman of the year.