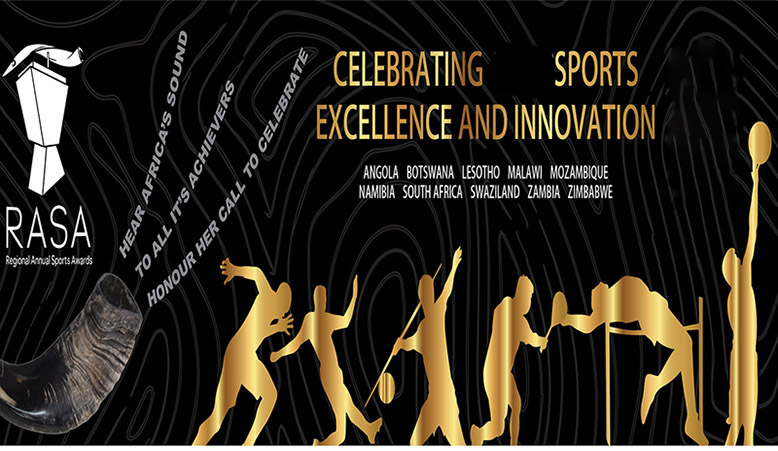 The AUSC Region 5 has postponed the 5th edition of the Regional Annual Sport Awards (RASA) which was to be hosted in Eswatini on the 26 May 2020. The decision followed the AUSC Region 5 Troika of Ministers’ decision to put all activities planned for the first six months of the year on hold.  This was resolved in the first ever Troika of Ministers virtual meeting held on 2 April 2020 via a digital platform.  A new date for the event will be considered once the pandemic is declared over.

Confirming the decision to postpone the RASA, the CEO of the AUSC Region 5, Mr Stanley Mutoya said “The Troika of Ministers took a decision to halt all activities of the Region in the first half of the year due to the crisis caused by the Coronavirus in the world and in particular in our region”. Mutoya further said, “With most of our Member Countries having introduced responsive measures that include strict social distancing and travel restrictions, the ministers complimented government efforts by postponing all sports activities of the Region which includes the RASA.”

The RASA is an event that celebrates excellence and outstanding performances by sportsmen and sportswomen.  It aims to motivate and celebrate the iconic contributions by our sportsmen and sportswomen to the development of sport every year.  The event is open only to those countries that host their own National Annual Sports Awards as winners of these national awards become automatic nominees for the RASA.

The Region is delighted to note that all 10 Member Countries of now host their own National Sports Awards up from six that were hosting such by 2016 when the RASA was introduced.  The inaugural edition of RASA was held in 2016 in South Africa who went on to host the first three edition of the event before the awards moved to Namibia, Windhoek in 2019.

The event has grown in popularity over the years and has continued to attract attention from athletes, administrators and technical officials.  Captioned under the theme, “Celebrating excellence, Inspiring Innovation!”, the RASA has stimulated the spirit of excellence throughout the sports delivery system in the Region.  Sports icons in the Region such as the current Zimbabwe Minister of Youth, Sports and Recreation, Honourable Dr. Kirsty Coventry, Caster Semenya and Wayde Van Niekerk are some of the cast of Galactico of stars that have gone on to win gongs at the RASA since its inception.  Karabo Sibanda of Botswana, coach Gilbert Nyamutsamba from Zimbabwe, sports journalists such as Batho Bareng Kortjaas- also known as BBK, Ferai Machamire from Zimbabwe and OG Molefe from South Africa are also recipients of RASA awards over the years.

Nominees for the 5th edition of the RASA were currently being received in readiness for the voting process that was due to commence on the 15th of April after verification by the awards audit firm.  “Given the postponement of the event and the fact that the voting process had not yet commenced, we will have to reconsider the event delivery roadmap to recast the process once we have a clearer picture of the status of the novel COVID-19 pandemic,” Mutoya said.

The event involves a very stringent three phase selection process that ends with a selection process by a voting college of carefully selected sports journalists from each Member Country who vote for the winner and runners up for each of the twelve RASA categories.