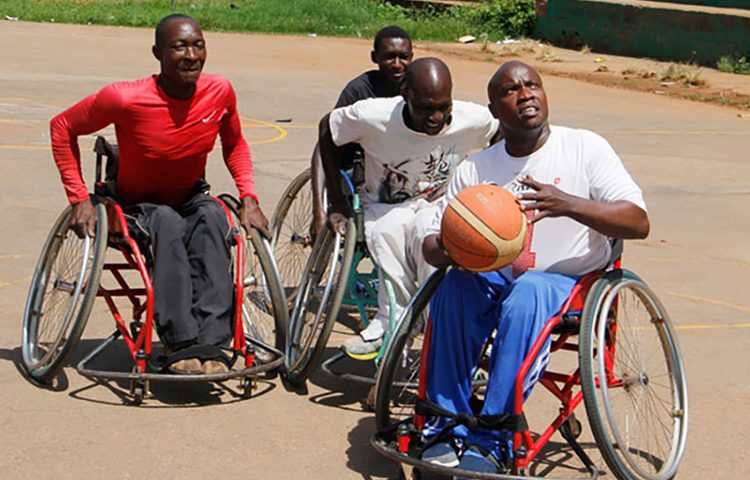 Sports for People with disability week got away on Saturday with a wheelchair basketball game at the Polytechnic  in Blantyre. The event, organised by Malawi Paralympics Committee (MPC), saw black spider narrowly  beat Wheel Warriors 9-8.

Black Spider captain Thoko Goodson, who scored four of his team’s baskets, said it was encouraging to have a good number of people watching . ” I enjoyed the game not only because I steered my team to victory, but because there were some people who cheered us on. It is my plea, therefore, that after the week we should be engaged in matches frequently, ” he said. Wheel Warriors captain Chikumbutso Billy agreed with Goodson that the game was important in building relationships, confidence and self- esteem.

” Despite our defeat, we are not losers because we have gained a lot from our involvement in the game, ” he said

According to MPC president James Chiutsi, they will do their best to engage the disabled in sporting activities.

Chiutsi said ” Sport also teaches independence while encouraging hard work. This is why we ask the corporate world and other stakeholders to help us organise more activities for the physically challenged people.”