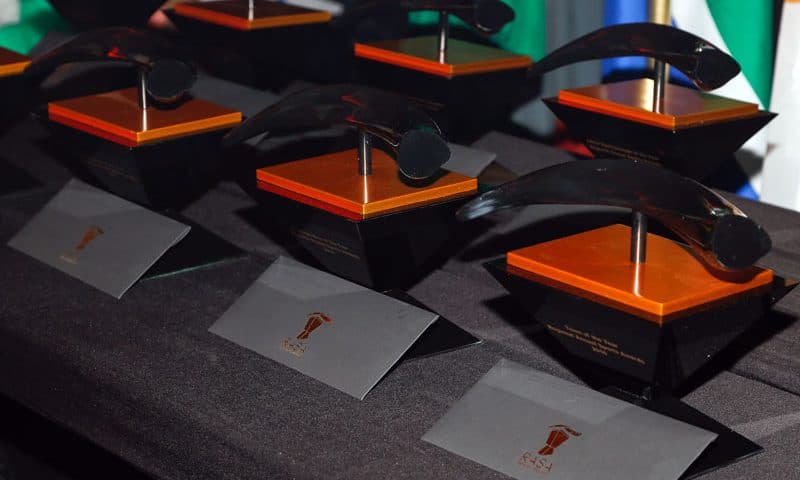 The awards, hosted by the African Union Sports Council (AUSC)  Region 5 was the second edition and was hosted in South Africa. These awards are part of the Region’s programme and will be hosted on rotational basis with South Africa taking the lead and agreeing to host the first three editions to ensure that by the time rotation to other member states begins, the RASA brand will be a well established household sports awards event in Africa and the world.

The Region 5 awards were made up of 11 categories to recognise athletes, coaches, member countries who are implementing the Region’s programmes, journalists and teams that have produced outstanding performances in sport at regional and international level. The theme of the awards was “Celebrating Excellence! And Innovation!”

Out of the 5 member countries that participated in the second edition, South Africa walked off with the top awards in six categories, including Sportsperson of the Year (Wayde van Niekerk, athletics), Team of the year (Mamelodi Sundowns FC) and Coach of the Year (Anna Botha, athletics) at the second edition of the Regional Annual Sports Awards, held in Boksburg on 27 May. Caster Simenya was awarded Sports woman of the year.

It was encouraging to see countries such Lesotho coming for the first time to be part of RASA as they have now started hosting their national sports awards. The 2018 edition will be even better as we will welcome Swaziland, Zambia and Mozambique will also be featured.

Affirming the department’s continuing intent to support this programme, National department’s Sports and Recreation Minister T. Nxesi, told those in attendance that: “I assure you of our resolve – as Region 5 – to sustain and strengthen the Regional Annual Sports Awards as we go forward together.” Minister Nxesi, went on to highlight that not just the winners, but also nominees,  “are all role-models and champions because they are a living proof that “excellence is not an act but a habit”.”

The awards saw Namibia, who were nominated in 5 categories,  win 4 of RASA trophies including Junior Female Sportsperson of the year, Sportsman and Sportswoman of the year with A Disability as well as Journalist of the Year for 2017. It was the iconic speech delivered by the Namibian Journalist of the year winner, Ms. Kaino Iyaloo Ndeumono which resonated strongly with everyone in the room, “This is for all the women journalists of Africa, this is our time to shine.”

The AUSC Region 5 Chairperson. Dr. V. Veii,  conveyed the region’s gratitude to the contribution by SA in advancing these awards:” I wish to thank Government and people of South Africa for once again making it possible to hold the second edition of the prestigious Regional Annual Sports Awards.  This generous gesture by South Africa gives the RASA a distinct home and helps strengthen the brand.  Thank you South Africa.”