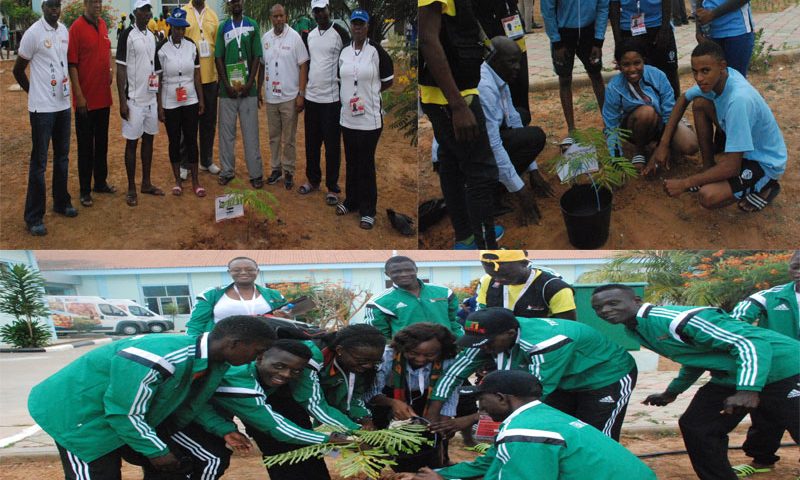 AUSC Region 5 has elected to play a meanful role in sport environment by advocating and implementing as one of our program of sports safe environment as part of our legacy project for the AUSC Region 5 under 20 youth games .Environment sustainability is the buzz word lately. All sectors of various economy are eager to play their part in preservation of the environment or at least not to contribute to the harming of it.

Sports tend to be the least expect sector to meanful have a direct impact on the environment sustainability agenda AUSC Region 5 has a strategic objective of sports and environment. This is to ensure member states, confederations and NOCs to develop and implement policies that promote sustainable environmental conservation through sport. It also encourages collaboration of the region and member states with organizations that promote environmental conservation. As part of the legacy project we encourage we encourage the host to identify an area where the entire park can be developed.  During the 2012 under 20 youth games in Zambia trees were planted at a park which after the games is called the AUSC Region 5 Park. During the 2014 under 20 youth games in Zimbabwe the trees were planted at a park called Hill Park.

We are looking forward for the 8th edition of the AUSC Region 5 under 20 youth games edition which will be held in Botswana in 2018. We also intend to leave a legacy in Botswana by planting trees during the games at a selected venue.