Handing over of Region 5 donations to Osire Refugees 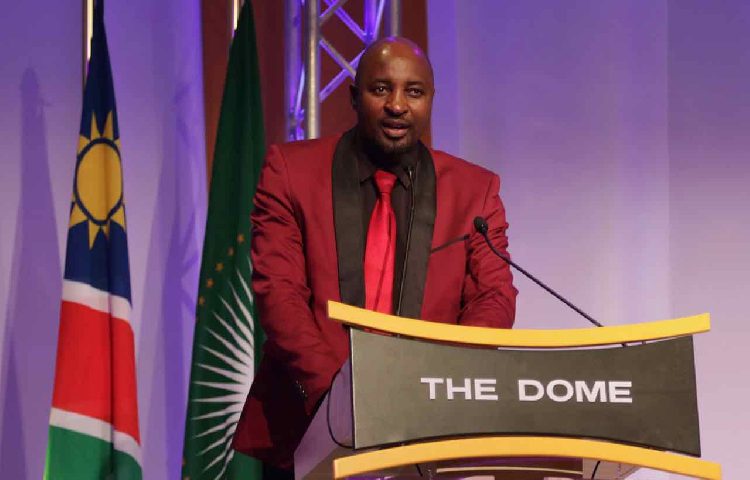 “Speaking on behalf of the Namibia Sport Commission (NSC), I think any increase, no matter how little, is better than a decrease. We also have the Covid-19 challenge in Namibia, so there are more important issues to deal with now,” he says.

“There are many things we would like to do, but the government’s resources are limited. I hope our affiliated sport codes will get something small – especially the priority codes – so we can assist them with their operational budget,” he says.

According to Mwiya the NSC has renovated offices for priority and national codes, which will be inaugurated in two weeks’ time.

“We renovated eight offices in a double-story building at the Katutura Youth Sport Complex for about N$70 000. We will house some of our national sport codes there, like soccer and rugby, while we are also trying to create office space for some of the priority sport codes,” he says.

National sport codes include football, rugby and netball, while priority sport codes are athletics, boxing, cycling, wrestling and parasport (participated in by people with disabilities).

Mwiya said netball, cycling and parasport are already housed in offices at the commission, and other codes like gymnastics, chess and dancing will be housed in the new offices at Katutura.

“The commission will cater for utilities like water and electricity, while we will also provide furniture and computers, but most of the codes have their own administrators,” he says, adding administrators have to be remunerated.

“There must be a monetary benefit for priority codes to get support from the sport budget,” he says.

“We could even just appoint two full-time administrators to run the affairs of priority codes. It will make no sense to have a newly renovated building with nobody working inside,” he says.

Sivhute Katamba, acting chief executive officer of the sport directorate, did not respond to questions specifically about the sharing of the budget between sport, national service and youth, and what it will be used for.