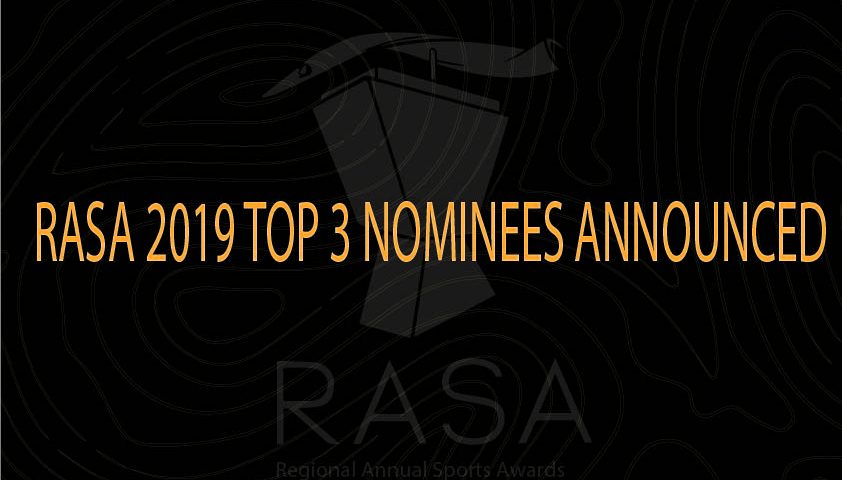 The nominees for the fourth edition of the African Union Sports Council Region 5 Regional Annual Sport Awards (RASA) 2019 have been announced. The RASA gala is scheduled to be hosted in Windhoek, Namibia at Safari Court Hotel on Saturday 25 May 2019.  The event which will be celebrated under the theme, “Celebrating Excellence, Inspiring Innovation” is expected to attract about two hundred and fifty (250) invited guests and dignitaries, including ministers of sport from all ten Region 5 Member Countries, legends and sports celebrities from across the Region.

Confirming the final list of the top three nominees per category, the CEO of AUSC Region 5, Mr Stanley Mutoya confirmed that the voting process was complete and the top three (3) deserving athletes per category were now in the public domain. “We now wait with baited breath for the night of the event where the winners will be coronated” said Mutoya.  The voting process which consists of a very thorough process under the watchful eye of Grant Thornton Botswana audit firm involved all the Region’s stakeholders and sports bodies including eight (8) journalists carefully selected from all nine participating countries, ended on Sunday 12 May 2019.

Eligibility for the RASA is based on the country hosting its own national awards.  Winners from the national awards automatically qualify to be in the long list of nominees for the RASA, from which the top three are selected and the winner is announced during the RASA gala night.  Nine of the Region 5 Member Countries (with the exception of Mozambique) hosted their national sports awards. Mozambique’s national awards are falling outside the dates for eligibility for the 2019 RASA.  As such, all ten Member Countries are now hosting their own National Awards, a development which is attributable to the growth of he RASA.  Angola which was the only outstanding country to host their own awards did host their event for the first time this year.  This number has grown exponentially from the first edition of RASA in 2016 when only five countries were holding national awards.

The awards are made up of 12 categories to recognise athletes, coaches, member countries, Regional Confederations, journalists and teams that have produced outstanding performances in sport at regional and international level. Winners of ten of these categories are selected through a voting process with the Confederation of the year and country of the year being selected through an adjudication panel.  This year’s panel scheduled to sit on Saturday 18 May 2019 comprises of Mr. Charles Dzimba, the former SCSA Zove VI General Manager (Now AUSC Region 5) Mr. Maswazi Shongwe, the former Under-Secretary n the Ministry of Sport in Eswatini and Mrs. Miriam Moyo, the former President of the Zambia National Olympic Committee.

The Confederation of the Year award will be conferred to that confederation that is in-good standing in corporate governance, participates in the Region’s programmes and activities and runs regular competitions in the region.  The respective Regional Confederating must be geared in the goal of producing talent that will represent the Region at the world stage events.

The Country of the year award will go to a country that would have taken a leadership role in the implementation of the AUSC Region 5 programmes, has well-executed sport and recreation development programmes and produces athletes and teams that are excelling and bringing home medals from international championships and events.

“We as a Region, are delighted with the progressive growth of the RASA.  The event keeps scoring firsts and this time around, the event will be covered live on Namibian Broadcasting Corporation who are our broadcasting partner for 2019” said Mutoya.  “Furthermore, the event will also focus on the vulnerable communities with special focus on refugees”, Mutoya added.  Notable dignitaries such as the SADC Executive Secretary Dr. Stergomena Lawrence Tax who will be represented by the Director for Social and Human Development, Mrs. Duduzile Simelane and Honurable Ministers of Sport from all ten Member Countries will grace the event.