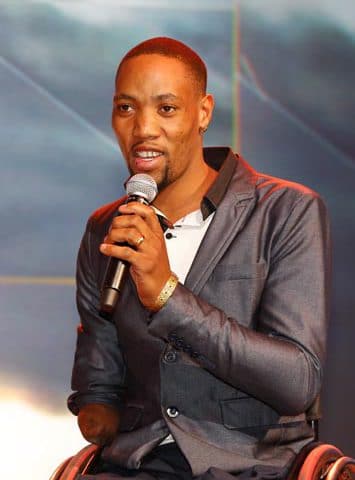 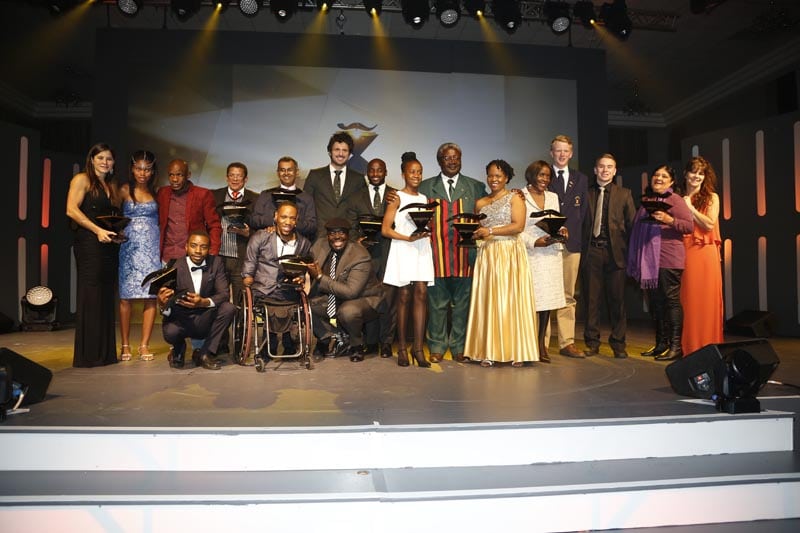 The Region 5 first awards were made up of 11 categories to recognise athletes, coaches, member countries, journalists and teams that have produced outstanding performances in sport at regional and international level. The theme of the awards was “Celebrating Excellence! Inspiring Innovation!”

The glitzy affair was attended by dignitaries and sport celebrities from across the 10 states which make up Region 5, amongst them South Africa’s Sports and Recreation Deputy Minister, . He said it was an honour to have hosted the inaugural awards evening on South African soil but an even bigger honour to have local athletes steal the limelight.

Van Niekerk, who was also named Sportsman of the Year, has had an exceptional year on the athletics track, running the fourth fastest time in history in the 400 metres at the IAAF World Indoor Championships, in March. He is also the first man in history to run a sub-10 100 metre, sub-20 200 metre and sub-44 400 metre.

“Wayde also has a clean record of complying with all ethical sporting codes and has never violated anti-doping regulations,” says AUSC General Manager Stanley Mutoya. “He is a well-deserving winner of the Sportsperson of the Year category.”

The South African Rugby Sevens team was awarded the top spot for the world-class results they produced in the HSBC Seven Series this year, Mutoya says. The team finished second to Fiji and qualified for the Rio 2016 Olympics, which take place in August.

“The South African Sevens team is extremely disciplined, both on and off the field, and has also complied with all ethical codes and anti-doping regulations. They are rated as one of the best teams in the world and a clear winner of Sports Team of the Year.”

Graham Hill, who was in the running for Coach of the Year with Ledwin Dondo (netball, Zimbabwe) and Bernado Matsimbe (basketball, Mozambique), stood out for his commitment to the development of swimming in South Africa and the accomplishments of his swimmers at the 2016 FINA World Championships, Mutoya says.

“He is the head coach of swimming in South Africa and highly respected by his peers, who have even nominated him to serve on FINA’s coaching commission. His athletes – amongst others, Chad le Clos – are proud ambassadors of their country and dedicated to excellence in their sport.”

Zimbabwe’s champion swimmer Kirsty Coventry was named Sportswoman of the Year while both the junior male and female Sportsperson of the Year went to Botswana – Baboloki Thebe (athletics) and Naomi Ruele (swimming).

Journalist of the Year is Farai Machamire, of Zimbabwe. The Confederation of the Year is swimming and the AUSC Region 5 Special Award went to Zambia.